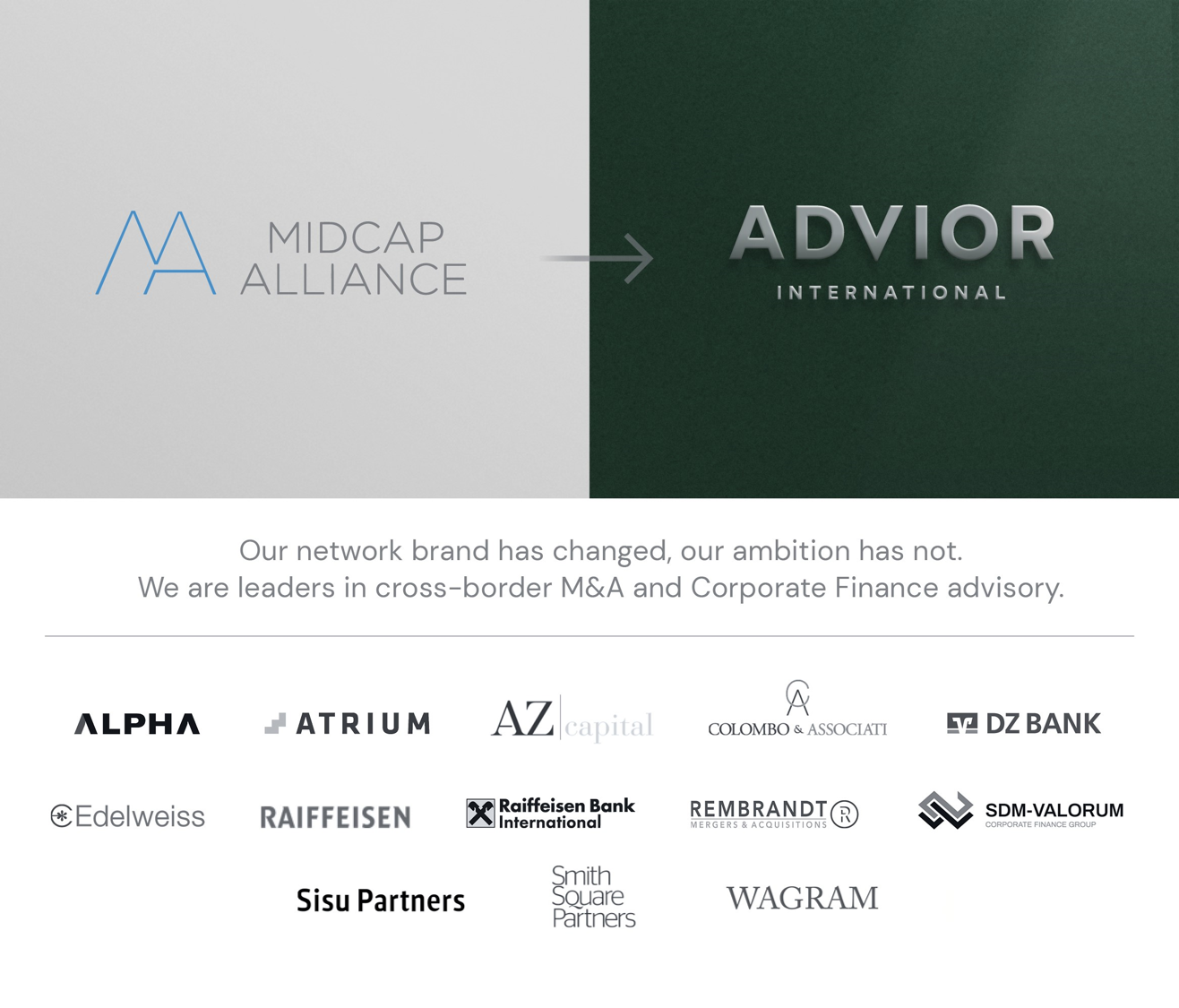 The board of Advior International is pleased to announce today the rebranding of the group previously known as the MidCap Alliance. The launch of the new brand recognises the commitment of members to significantly enhanced cooperation and integration as they build on their successful track record of advising on cross border M&A transactions.

Advior International is a network of leading mid and upper mid-market M&A advisory firms. It has 31 offices in Austria, Belgium, Central and Eastern Europe, Denmark, Finland, France, Germany, Italy, The Netherlands, Norway, Spain, Switzerland, the UK, and has two associate members in the US and India. The Advior team numbers some 220 M&A professionals, including several former CEOs and a significant number of senior bankers from the markets the organisation serves.

The rebranding marks a new chapter in the development of the network and reflects more accurately the defining characteristics of the group. Members have always prided themselves on senior relationship driven board room access, a partner-led boutique style operating model and a genuinely international outlook to business. The group’s new identity underpins and reinforces these values.